I don’t normally do reviews, but since the product is quite new, and there are so many hardware and software configurations, I thought I’d write on my experience of using the Camranger with a Nikon D800 and Mac Air.

What is it ?
The CamRanger is a piece of hardware that allows wireless control of cameras and wireless transfer of images, using a laptop/iPad/iPhone. Find out more at camranger.com. It’s expensive (300 USD), but not only does it do away with cables, it also provides better software for shooting ‘tethered’ than I have been able to find for the Nikon/Mac combination.

You can get wireless liveview, focus checking, and control most of the settings of the camera that are normally controlled by the camera buttons. It’s invaluable for mast photography, but I also use it for routine jobs in preference to a wired tether.

Soundbite
I love it ! 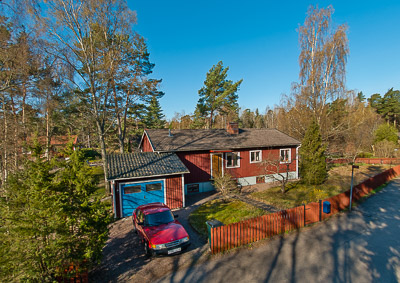 Setup
It was very easy to set up, just download the control program to the laptop, type in the WiFi settings to the Settings app of OS X, plug in the CamRanger to the USB slot on the camera, start the control program, and you are away.
I then set the preferences to automatically download image files, since I like to have copies on both the camera card and the laptop, partly for security, and partly so I can immediately start working on them in Lightroom.
I also set the connection mode to “camera” rather than “PC”, since this allowed me to fire the camera by hand, if I want to.

In use
Once set up, I could send the camera up to the top of a 4m long mast, and then control pretty much everything except of course the zoom setting on the lens. And when it came down I could continue shooting by hand from the camera.
When triggered from the laptop, the camera fired immediately, and the jpeg thumbnail from the raw file appeared within a second, and the 36MP raw files were delivered in under 10 seconds, after which I could zoom in to 100% to check sharpness again. With the camera set to raw+large-basic-jpeg the file downloaded in about 2 seconds, and I could check the focus on that.
With Lightroom set to monitor the image folder, I could start doing serious work on the files immediately too.

I also have the motorised tripod-head controller for the Bescor MP-101, which also works as advertised, from inside the same app. 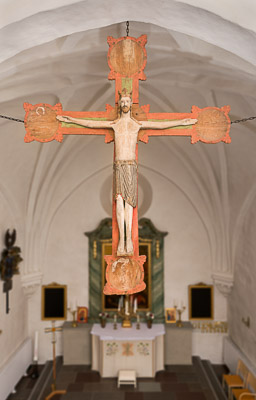 1) The big one was that sometimes the app complained that it couldn’t make a connection with the camera, and once that happened it took a long time and/or fiddling to get it back.
I was working in remote rural churches, so it’s hard to imagine that electrical interference was the problem. I don’t know what mysterious forces The Lord uses, his wonders to perform, but I’m guessing he is too well behaved to infringe the 2.4 GHz band.
After several weeks I found that bad USB cables were the problem, and when I finally found one that worked, it kept working most of the time. Others have also reported ‘bad’ USB cables (that work fine elsewhere) can cause problems with CamRanger.

2) The CamRanger comes in a neoprene bag, which you are supposed to hang from the camera or tripod, but that didn’t feel good, and I suspect its wobbling caused the USB-3 connection at the camera to disconnect a few times, so I put some velcro pads on the device so I could stick it to a solid surface, and also bought a very short USB cable that also made the system less vulnerable.

3) Note that the camera must be set to ‘raw capture only’ if you want raw files to be transferred, if you set raw+jpeg then only the jpeg will be transferred.

4) If you have two memory cards in the camera, images from both cards will be transferred, halving the transfer speed. So I take out one, and rely on the computer for backup.

Alternatives
There are many good tethering programs out there, but it turns out that the combination Mac-Nikon knocks out many of them, so I have always used Lightroom connected via USB,
which gives no control of the camera except firing the shutter.
Nikon Control is an expensive option for ‘wired tethered’ (150 USD)

I have now played with an open source alternative called DDserver, which is firmware that can be installed on the MR3040 router that is the 30 USD hardware basis of the CamRanger. The firmware and associated apps (DSLRDashboard) are shareware.

Installing the firmware on the router is a little intimidating, but most people will know a young nerd who can do it for them in less than half an hour. The user interface is very good, and although the wireless system is still a little unstable (I guess it’s the MR3040’s fault), reconnecting seems to be easier, and vitally doesn’t involve fiddling with the camera end of things, which was the big problem when I had the CamRanger on top of a 12m mast.
It doesn’t support control of the MP-101 head, but that’s a bit of a luxury anyway. (Update July 2016 : I have now built a very cheap and simple remote control for the MP-101. Instructions here.)
Conclusion ? I think I like DDserver more, and at one tenth of the price (plus tips to the author who deserves some financial support), it’s a very attractive option.