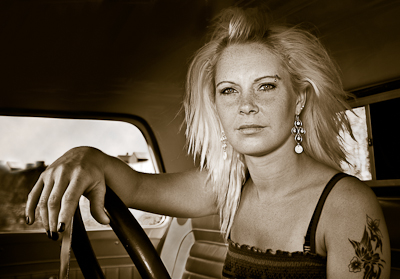 Studios don’t suit me very well – they are expensive to rent and need a lot of imagination to build an interesting scene out of four white walls.
So I much prefer location shooting, but still want to have good lighting.

Nikon have long had an excellent remote control system for their pocket flashes – Even back in 2004 the humble D70 could provide wireless automatic exposure for remote flashes using optical signals sent before the shutter opened. That’s the system I used to take the portrait of Mia above, which required a surprising number of SB800 flashguns to achieve the natural-looking lighting. Canon have finally caught up, with their latest cameras and flashes sporting similar functions. 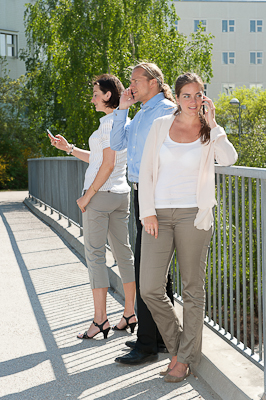 But pocket flashes have limited strength (~100J) and long recycling times when used at full power, so when Quantuum came out with a battery-powered studio flash at a fraction of the cost of established brands, I jumped at a 600J unit, and and was so happy with its professional and robust build (it’s already survived a 2 metre fall on to asphalt) and its performance (consistent exposure and colour, fast recycling) that I also bought a 300J unit.
With this sort of energy you can overpower direct sunlight even with a large softbox. You lose automatic exposure and your shutter speed is limited to 1/250 s, but in an arranged shot that is not a huge problem, and if you use the Phottix Strato radio trigger you can still get automatic exposure on all your pocket flashes while the studio flash is triggered in manual mode. 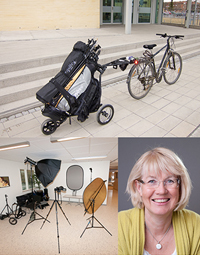 My current portable studio fits nicely on to a Golf trolley (Prestige Europe GC510) so I can walk with it out into the countryside, tow it behind my bike, or take it on public transport.

Just a few days ago I heard about external battery packs from Pixel that can recharge an SB800 in under 2 seconds after discharging at full power, and costs a quarter of Nikon’s own version (thanks Johan!). I ordered immediately and got mine the next day, and it’s brilliant – neatly designed and robust, with a belt case and a tripod screw so you can mount under the camera if you wish. With the flash set to around 1/4 power you can take motordrive sequences with no noticeable falloff of power. So then of course I needed a motordrive for my D700….

I bought a cheap noname brand that has all the features of the Nikon MB-D10 for a quarter of the price. It may be plastic, but I don’t think I will break 4 of them before I would break one Nikon. Here’s a pic from a sequence that I took with the motordrive and two juiced up SB800s : 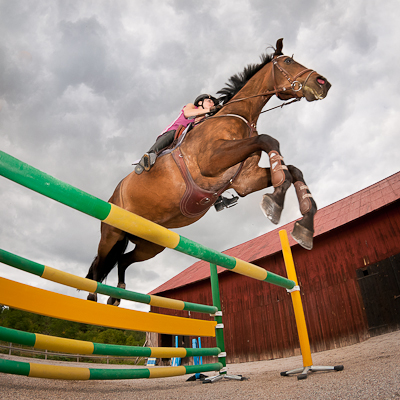 I think Ormen would do just as much damage to an MB-D10 if he screwed up here.

The next step in flash control would be to replace the optical wireless system with TTL radio control, to avoid problems in bright light and round corners.
PocketWizard make the TT5, but that is expensive and the principle of intercepting electronic signals between camera and flash just seems wrong and unnecessarily complex.
Pixel have the king, which is cheap copy of the TT5 and seems to have issues.
Phottix, however, make the Odin, which has a transmitter that behaves like an SU800 and seems to me like it is much more intuitive to use. Plus it’s cheaper. But still not cheap, since you still need a receiver for each flash. But it’s on my wish list.
Jan 2013
My wish came true ! I now have a set of Odins that do everything I’d hoped, and more. The transmitter looks and behaves just like an SU800, with the addition of zoom control for the remote flashes, so it’s very intuitive, but the amazing thing is that they also allow me to sync with dumb studio flashes at a shutter speed of up to 1/8000 s, which I’m sure violates some physical laws, but I’m not going to press charges. Did I mention that I rather like these devices ?
Nov 2013
And the toys just keep coming… Now I have a Godox Witstro 360 flashgun, which is a large pocket flash, or a very small battery powered studio flash, depending on how you look at it. It gives 360 J of energy, so 4 times the power of an SB800, and has a USB remote control for flash power. I love this too !
It recycles fast enough that at 1/16 power (equivalent to 1/4 power on an SB800), it can keep up with my Nikon D810 shooting continuously at full speed.
Jan 2016
Now I have two Godox AD360s that I remote control through the FT16 triggers. The second one is a mark-II, which has TTL control, which is great for shooting sport.
Aug 2017
And now I have two Godox AD200s. They have 1 stop less power than the AD360s, but much smaller, making it feasible to have a complete studio on my back.
If I need to overpower the sun, I can use both into an umbrella. I really love them.
June 2018
And the Godox family keeps growing. First I added the AD600. It’s a bit of a beast to carry around, and I hesitated a long time because it’s less than one stop more light than my very portable AD360s, but I had a couple of jobs where their slowish recycle time on full power was a problem – 4 seconds may not sound long, but I like to take 5 or 6 shots of groups to ensure good shots of every individual, and then you’re running up to half a minute of waiting time, which is a long time for guests to keep up their enthusiasm. Fast recycling makes it useful for sport too.
Then I got the V860 pocket flash. Mostly because it’s cheap, and can fire 650 times on full power with a recycle time of 1.5s – a useful workhorse for any job, but also because it can control the rest of the Godox family while giving fill light from the camera position. Useful for running races for example, where I have an AD200 off camera, but the runners aren’t always in the right position for it, and now they can get light from the camera position in the worst case. I will still use my faithful SB800 with extra battery pack for some jobs where I mustn’t miss a single shot, because the SB800 will always fire, even if it hasn’t completely recharged the capacitor, which the V860 refuses to do, even if it has enough charge for less than a full power shot.