Early in the project we realised that we couldn't use high-power lasers in demos, so we needed some way to visually symbolise the destruction of plants using legal class-3 lasers.

After an afternoon with a pair of photocells, an Arduino microcontroller and a servo motor, we had a weed emulator that raised a flag on an arm when one of the photocells was illuminated more brightly than the other. This sort of worked, but individual photocells had manufacturing differences, and their response was non-linear, so it was hard to adjust parameters such that it could detect a laser-pointer beam consistently in both cloudy and sunny conditions. Also, lifting up a 10cm flag was a little boring.

Eventually we found that by using 3 photocells, and looking at changes in illumination on a single cell, rather than looking at instantaneous differences between cells, we could consistently trigger in all lighting conditions including full sun. We were happy considering the signal to noise : Bright sunlight has a intensity of about 1kW/m2 or 1mW/mm2, whereas a 1mW laser point with an area of ~ 10mm2 has an intensity of 0.1mW/mm2, so we are detecting just a 10% increase in a rapidly changing background.

Getting a satisfactory visual effect took rather more experimenting. Our first idea was to use the devices that magicians use to get a puff of smoke in their hands, but even to buy those in Sweden requires going on a two-day safety course costing $1000. We tried triggering a party popper with the servo, but the result was not visible enough over a field. Triggering a mouse trap to burst a bag of flour had similar problems. Producing a puff of smoke from an eCigarette looked promising, but getting a burst of air to drive it wasn't easy given our budget and size limitations.

Eventually we found that grinding up smoke grenades and igniting the powder with an electrical fuse was a good combination of safe, reliable and scalable. The first fuses were made of steel wool, but these sometimes burned at the connectors instead of the middle, and were generally hard to build consistently. The final version uses 5cm of NiCr wire (~1 ohm, resulting in 10A from the 12v lead-acid battery), passed through smoke pellet powder packed into a paper drinking straw. These are cheap and easy to mass produce reliably. The arduino code for the controller is here.

For a more impressive display, we also use larger smoke grenades that are normally triggered by a ring-pull that ignites a black-powder fuse. We modified these by removing the ring pull and connecting our NiCr wire directly to the fuse. 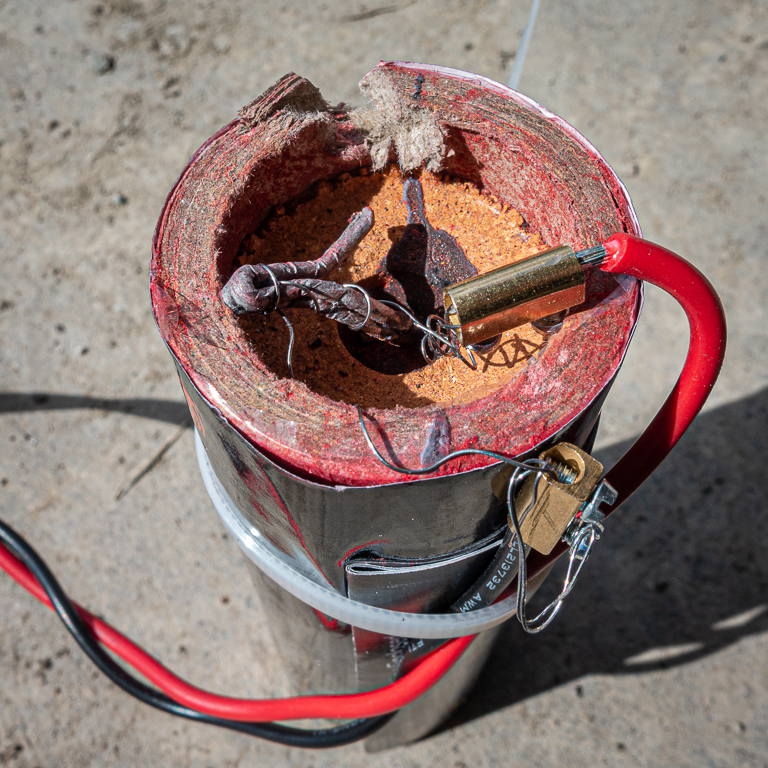 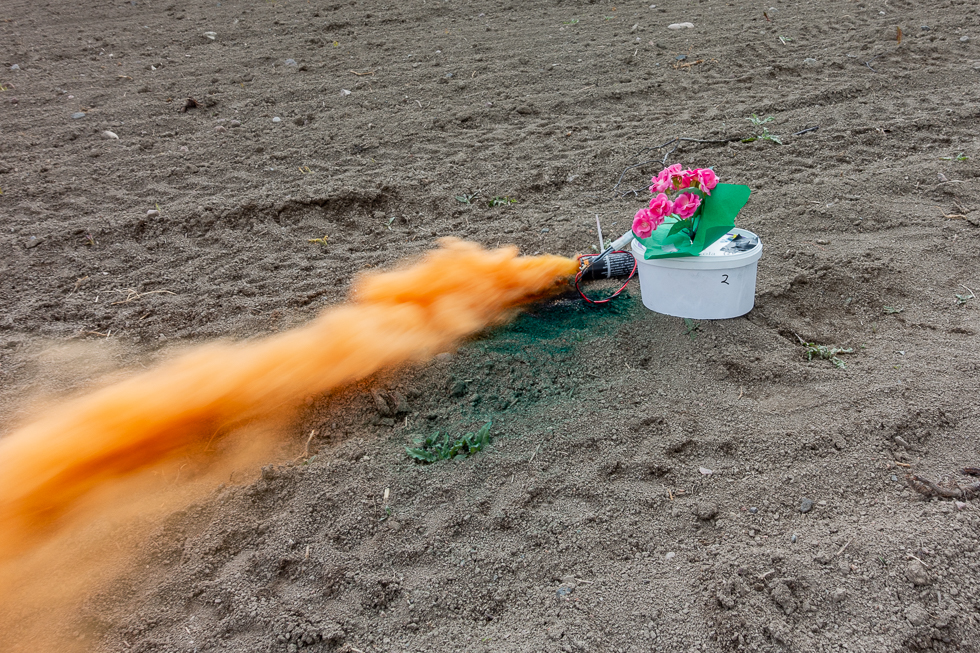 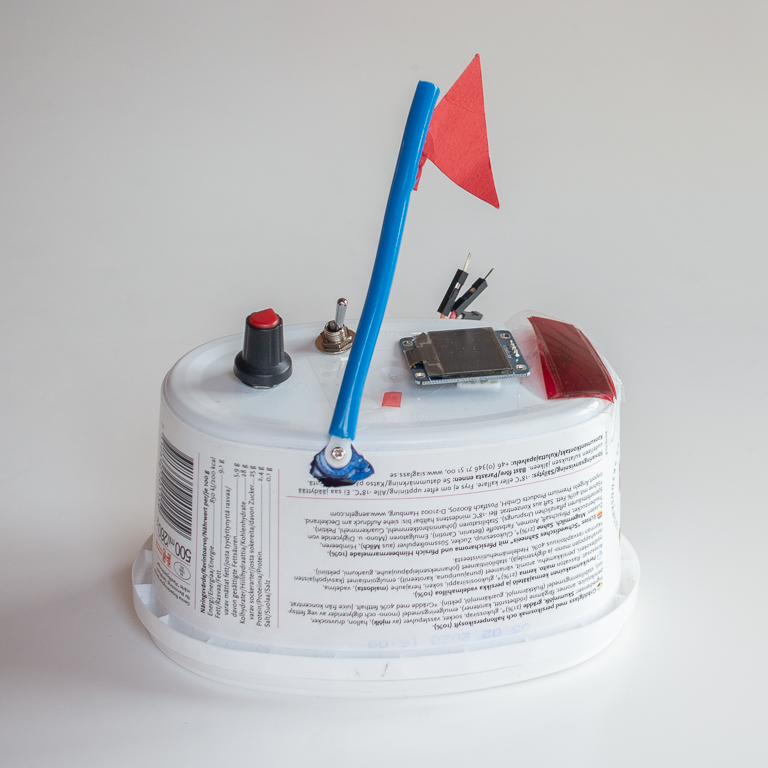 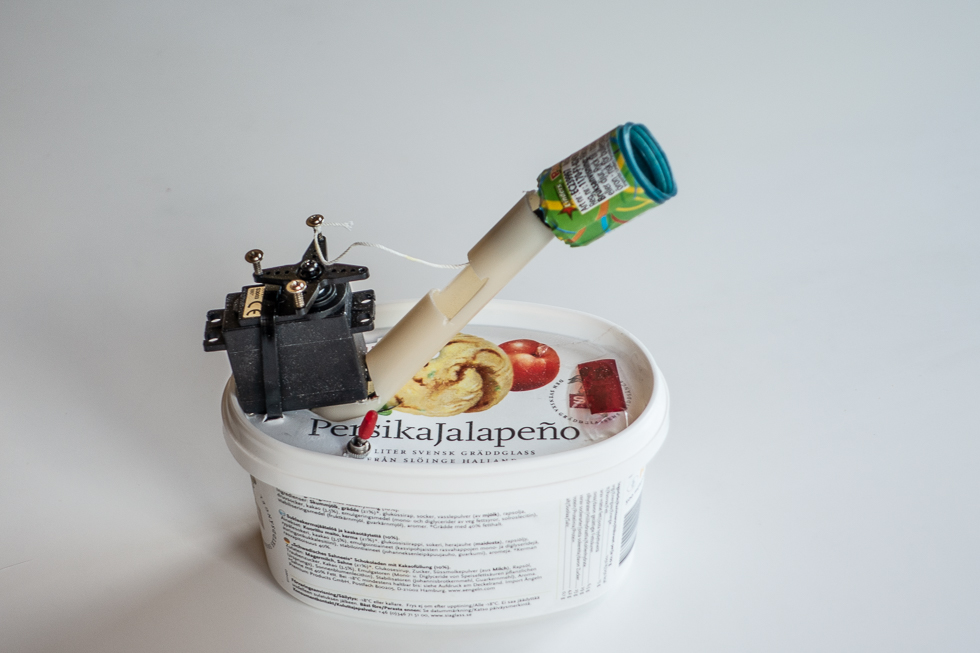 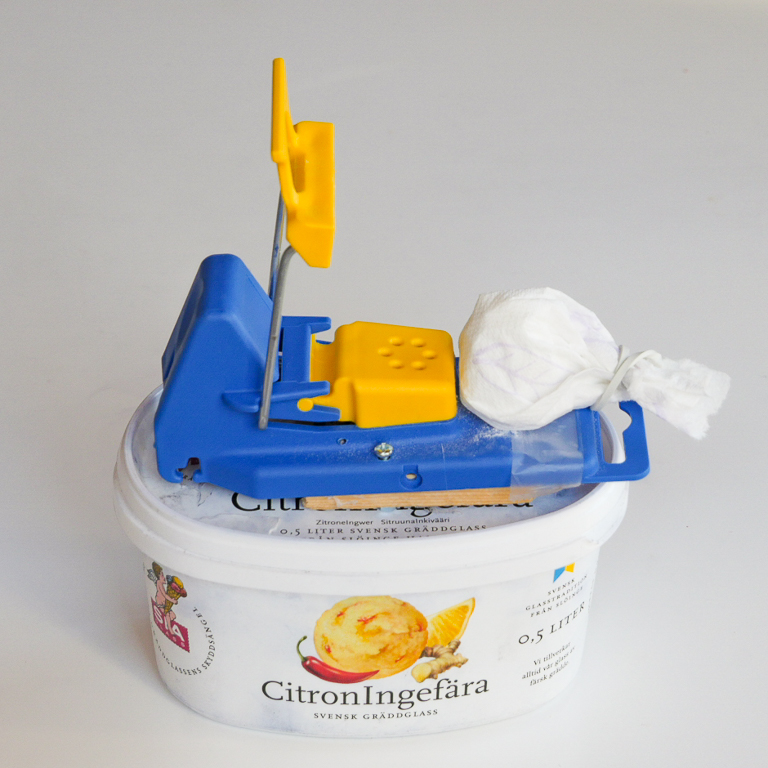 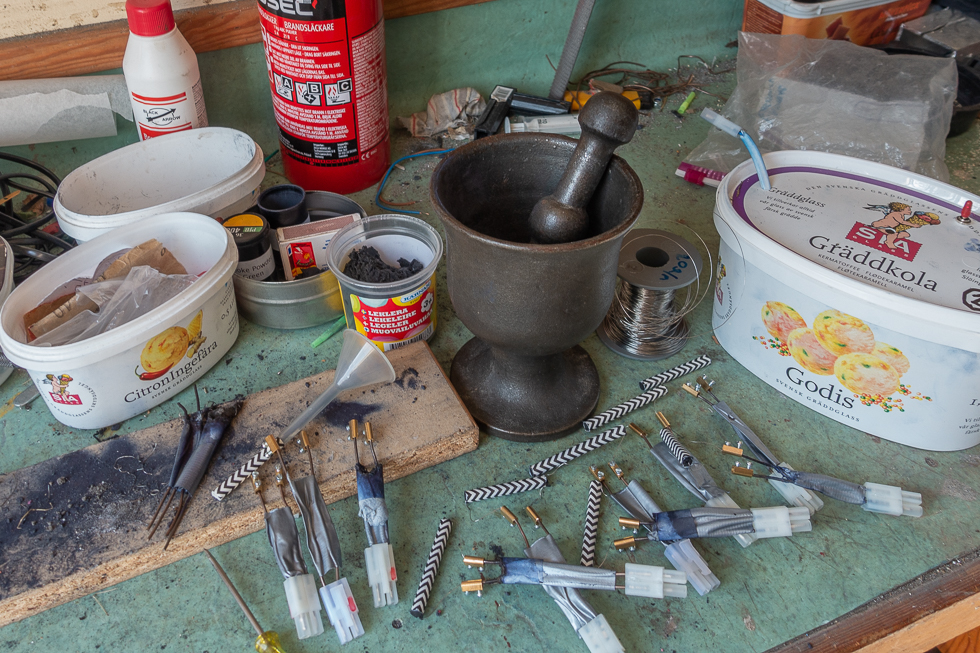 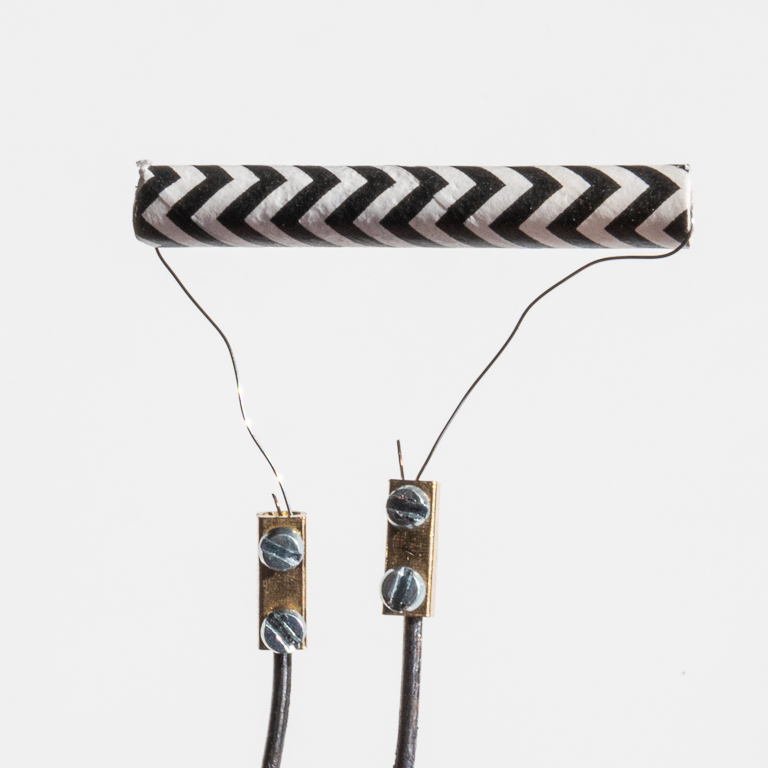